by Giediprime41
I'm not sure if this will be in bad taste because of his passing.
And I'm very sorry if this is too soon for some, but I'm wondering about something I noticed with one of my beta signs.
Also not sure if this is where I should post this.

I have this beta wrath of god signed by mister Hoover that I've had for a long time now and I noticed he signed it at the bottom.
So I did some research and noticed all the signs I've seen have been across the side of the card.
So my question is did he at one time sign at the bottom, or is this a rare thing.
I'll post a pic at the bottom of the post. 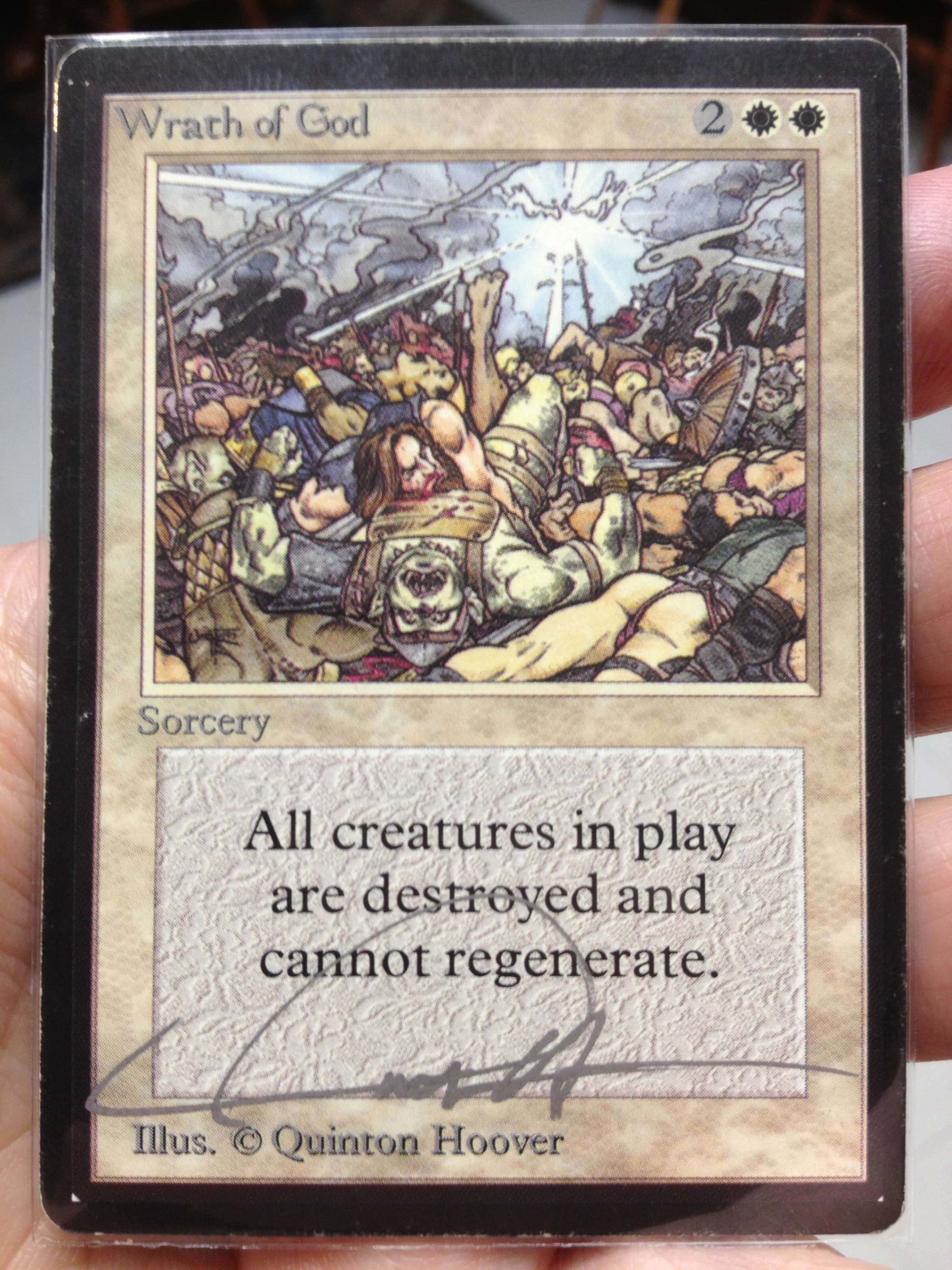 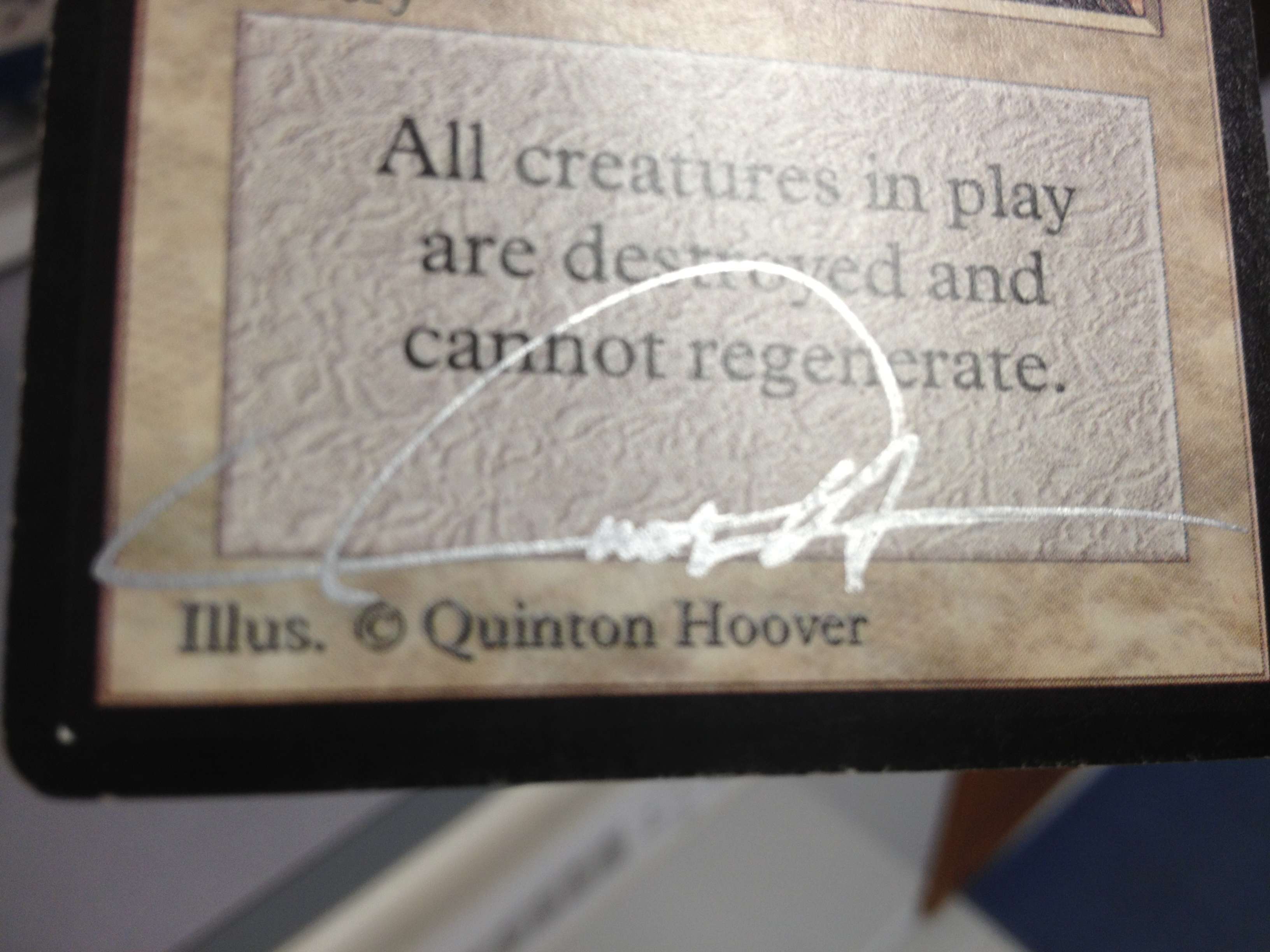 Please don't ask if it's for sale, it's not.
I'm just asking because I'm adjusting the insurance on my collection.
When things get close to the millions it gets sticky.

by caquaa
I don't recall ever seeing a card signed by him on the bottom, always the side. The signature is certainly legit, but I'd say it has to be fairly rare. Perhaps someone asked him to do it when it got signed? I had cards signed fairly early on when I was playing, ice age era, and they were all signed on the side. can't personally vouch for anything further back than that.
by dragsamou
Hi

Quinton did signed cards mainly on the side, but he has signed also cards at the bottom, so it's not a rare thing. In fact, if you will have told him sign on top please, on the back, or don't sign, he will have simply as that done so.
by CHaPuZaS
I have a few cards signed in the bottom too.
by mystical_tutor
Alexis has the right of it. When I asked him to sign cards he normally signed on the side, which I liked but I have seen him sign cards on the bottom. the rare sig, IMHO would be one he signed on the left side (sig starting at the top of the card). I watched him sign a play set that way at the request of the player.

Gary
by random
I had him sign one "micro sized" diagonally running from the top right of the card going backwards down to the left corner of the card. Keeping this one at Ft Knox due to the obvious rarity implications...
by Giediprime41
Thank you everyone for the input.
Going to put this card in a special place to honor the man.

by mystical_tutor
In addition, I think it would be cool and appropriate to post it in the memorium to him at: http://www.magiclibrarities.net/forum/v ... ht=quinton

mystical_tutor wrote:In addition, I think it would be cool and appropriate to post it in the memorium to him at: http://www.magiclibrarities.net/forum/v ... ht=quinton