Everything else informative about Magic items and events. 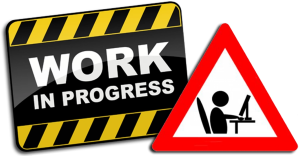 Only Edition/Expansion with 4 different illustrations:
Oath of the Gatewatch

For some unknown reason the illustration of the 6-Card Booster Pack Zendikar Japanese is an illustration from Lorwyn/Magic 2010: Chandra Nalaar by Aleksi Briclot.

Born of the Gods (February 2014)
Ephara, God of the Polis by Eric Deschamps
Mogis, God of Slaughter by Peter Mohrbacher
Phenax, God of Deception by Ryan Barger

Journey into Nyx (May 2014)
Ajani, Mentor of Heroes by Aaron Miller
Cyclops of Eternal Fury by Matt Stewart
Pharika, God of Affliction by Peter Mohrbacher

Ice Ages: Typo it's Ice Age
I have fixed the noticed typos and added/fixed bold text where it was missing or wrong

All Foil:
Are you talking about Shards of Alara Block 15-Card Premium Foil booster pack ?
If so: Illustration Kresh the Bloodbraided by Raymond Swanland

Cheers! I will update the first post with this info.
Top

I have started to add all the artists for every illustration. This way global collectors of a specific artist will be able to find her/him easily in the list (Ctrl + f).

Users browsing this forum: No registered users and 1 guest