A statement on the Reyauca cards.

These cards were found in a warehouse owned by the Reyauca printing company when it was being cleared out in the mid-2010s. Reyauca was a family-owned Venezuelan printer specializing in collectible stickers. Reyauca closed sometime in the mid-2000s.

After Reyauca closed, one of their pressmen moved to Spain to work at the Naipes Heraclio Fournier printing facility. That pressman brought various cards that they had worked on back to Venezuela which ended up in the Reyauca warehouse. That is where these cards appear to have come from.

These cards were definitely not made with official Magic printing plates or files. They were not printed at any facility associated with WotC. There is no evidence that these are officially connected to WotC in any way. What they are test prints of is unclear at this time but they should be considered an unofficial third-party product. 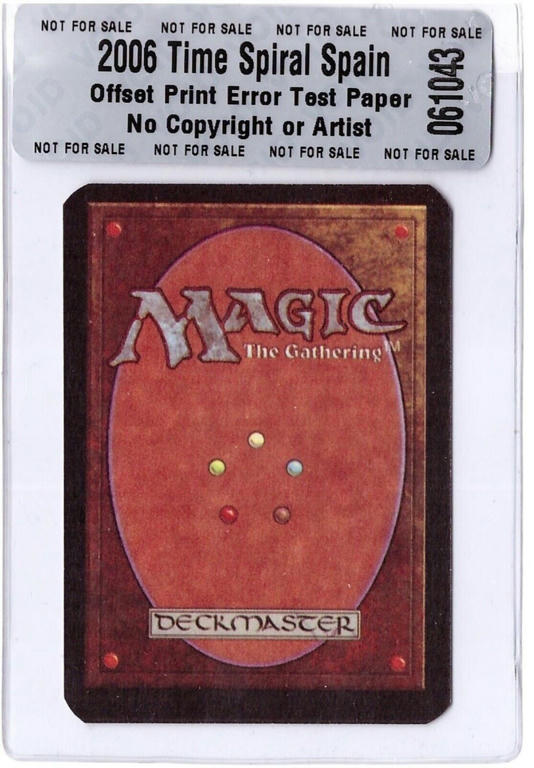 Wow, do you have any other info on these?
Ray Thiel (1964-2007) - the man who showed me more wonderful games & gaming sessions than I ever dreamed possible... you ran out of hit points too young, my friend.
Top

Yes, I have a few more specific names and dates, and a little bit of sales data if I dig for it.
The warehouse contents were purchased as part of a liquidation, and these cards were found by the purchaser.
They were found sealed and labeled as pictured, and there's a little bit of paperwork that was also found with printing jargon. It's a bunch of numbers, maybe ink density?
A few of them have been sold on eBay and on Facebook, so the above information was put together in hopes that any buyers would at least be informed about what they were purchasing.
I think I have one here in my unopened mail, so I should get a first hand look soon.

There's speculation that they're made with multiple passes through a smaller offset press which wasn't big enough to print the cards in a single pass.

Since making the announcement, some of these have turned up in Spain, not sealed or labeled, so it appears that they did get some distribution after testing.
Top
Post Reply
3 posts • Page 1 of 1

Users browsing this forum: No registered users and 3 guests